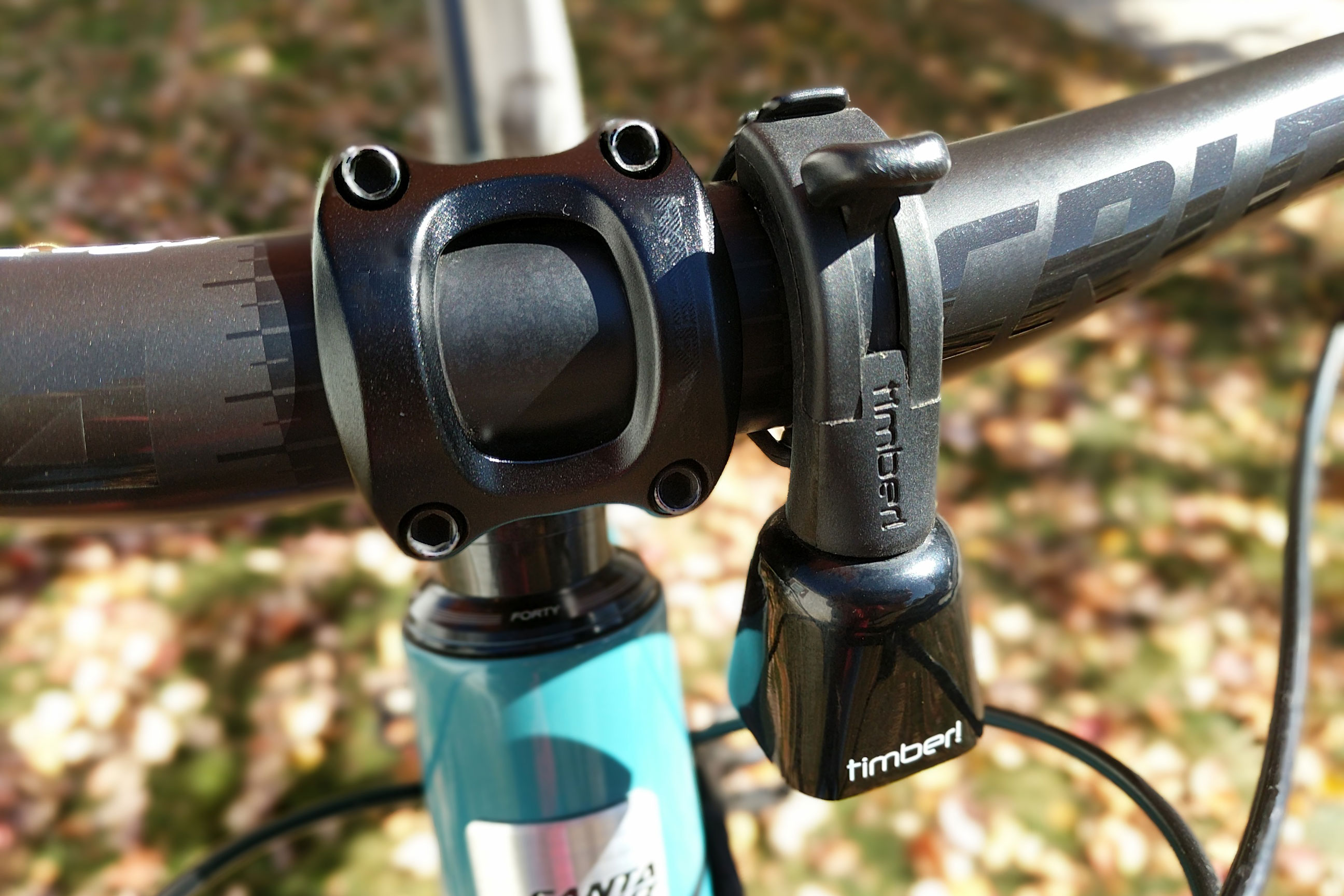 You try to be a responsible rider.  But have you ever been descending a trail and come upon another trail user having had no idea they were there? Yes, the downhill rider must yield the right of way – that’s not the problem.  The problem is if you would have known they were there you would have stopped.  But it seems that nobody knew the other person was there and the result is a close call, or at the worst; a collision.

Sure, you can run a bell and try to remember to ring it regularly. But if the trail is technical you’ll likely forget. There are also traditional bear bells and if they are loud enough to be of any use, the constant ringing, even on mostly quiet trails, can get annoying. Particularly on a long climb.

Easily, one of the greatest products we have come across in a great deal of time is simply a new take on a basic bell.  But what makes the Timber Mountain Bell so fantastic is the fact that you can turn it on or off depending on the circumstances.

Whenever we are on a trail where there is a fair bit of traffic in the form of other mountain bike riders, hikers or even wildlife, we are quick to activate the bell.  While a hiker may not be able to hear it until you are fairly close, deer, and particularly moose can hear it from miles away and will be quick to leave the area before you even arrive.

While descending a popular hiking trail, as we came around a corner, in almost every case the hikers were already off the trail, had their dog off the trail and under control and were eager to thank us for running the bell.

The best part is when dealing with other people. While descending a popular hiking trail, as we came around a corner, in almost every case the hikers were already off the trail, had their dog off the trail and under control and were eager to thank us for running the bell.  Turns out, most people are like us; collision averse.  And being collision averse they were more than happy to get off the trail to prevent conflict or potential injury.  Not that we advocate using a bell to bomb down trails with wreckless abandon, but more that a little bit of communication goes a long ways.

What is Less Than Perfect?

The only complaint we have about the Timber Bell is that we wore out the switch on our first model after about a year and a half.  It simply had less friction inside the mechanism so that if we went over a sizable bump, the bell would barely start to make nose – not yet a ringing noise – just kind of a clattering sound.  It sounded like something on the bike had come loose.  It took forever to discover the source of this new noise, but when we finally figured it out we ended up donating our bell to the local trail patrol so the could promote it at trailheads, then we just purchased a replacement.

Also, the switch can be a little hard to reach but that may be where we ended up locating ours.  When we placed the bell closer to the handgrip, because of how the bell hangs down, the bell would contact the top tube if the handlebars were turned too far.  To avoid this we located our bell in the center, near the stem.  As such, you need to be on a smooth trail or you need to stop to activate/deactivate the bell.

The bell has a nice, mellow, charming ring that can be surprisingly loud for how small and light it is. But no matter how charming a bell may be, it gets annoying to hear constant ringing while on a long, slow climb.  The fact that you can turn the bell off, truly is what makes it a must-have product.  So much so that we simply do not ride without ours.

You can learn more at MTBbell.com.

It was a moderately sketchy descent back to the tr