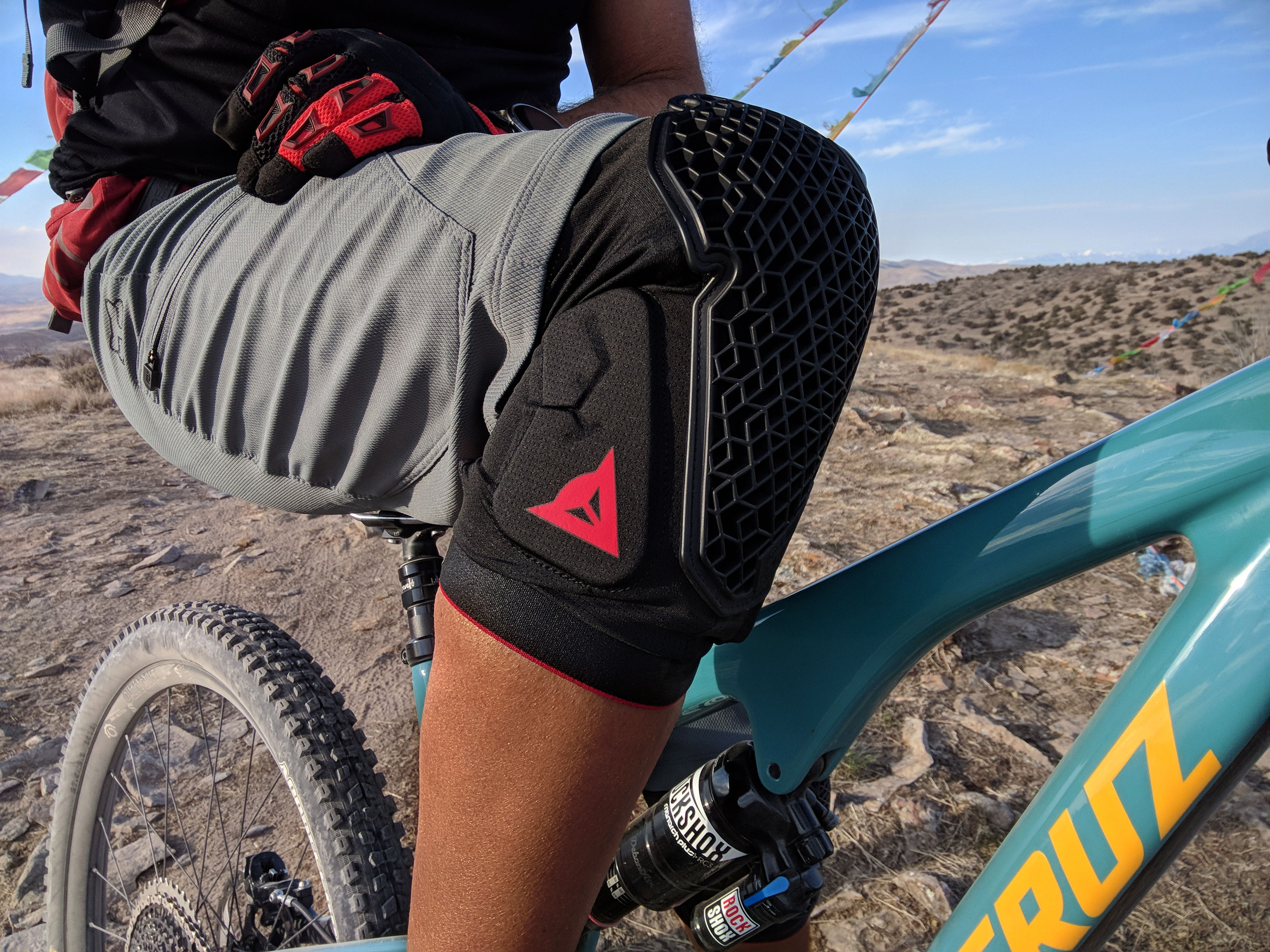 I really enjoy riding with armor, particularly knee armor. But when it’s too warm any armor becomes increasingly uncomfortable unless you are only descending or are doing lift fed where there is only moderate traversing. When it’s below 65-degree’s or so, I tend to grab a favorite pair of enduro armor and I’m happy.

I was worried that the pre-formed shape of the armor would adversely affect pedaling. And it does. But not so much that it’s a problem.

The Dainese Trail Skins 2 stand out because they use a style of armor that allows for plenty of airflow. This style of “Pro Armor” is nothing new. It’s been used in the motorcycle world for almost two decades, starting with back protectors for road racers, as such the Trail Skins 2 meet the European standards for impact protection.

Fit was the hardest to figure out as Dainese’s sizing chart doesn’t make much sense as the thigh/calf ratio is a bit odd. Fortunately, where I sourced mine, I was able to try on a few sizes before settling on a medium.

There are straps at the top and bottom to help tweak the fit as needed. I honestly prefer armor without straps, like the Fox Enduro pads, but these weren’t so bad except for one niggling thing, which is the only real flaw I’ve found with these.

The straps use typical hook and loop (velcro), but the hook is on the strap and the loop is on the pad. This means the scratchy hooks are directly on your skin. It’s not a deal breaker, but they would be more comfortable if the softer “loops” were the part touching my skin. 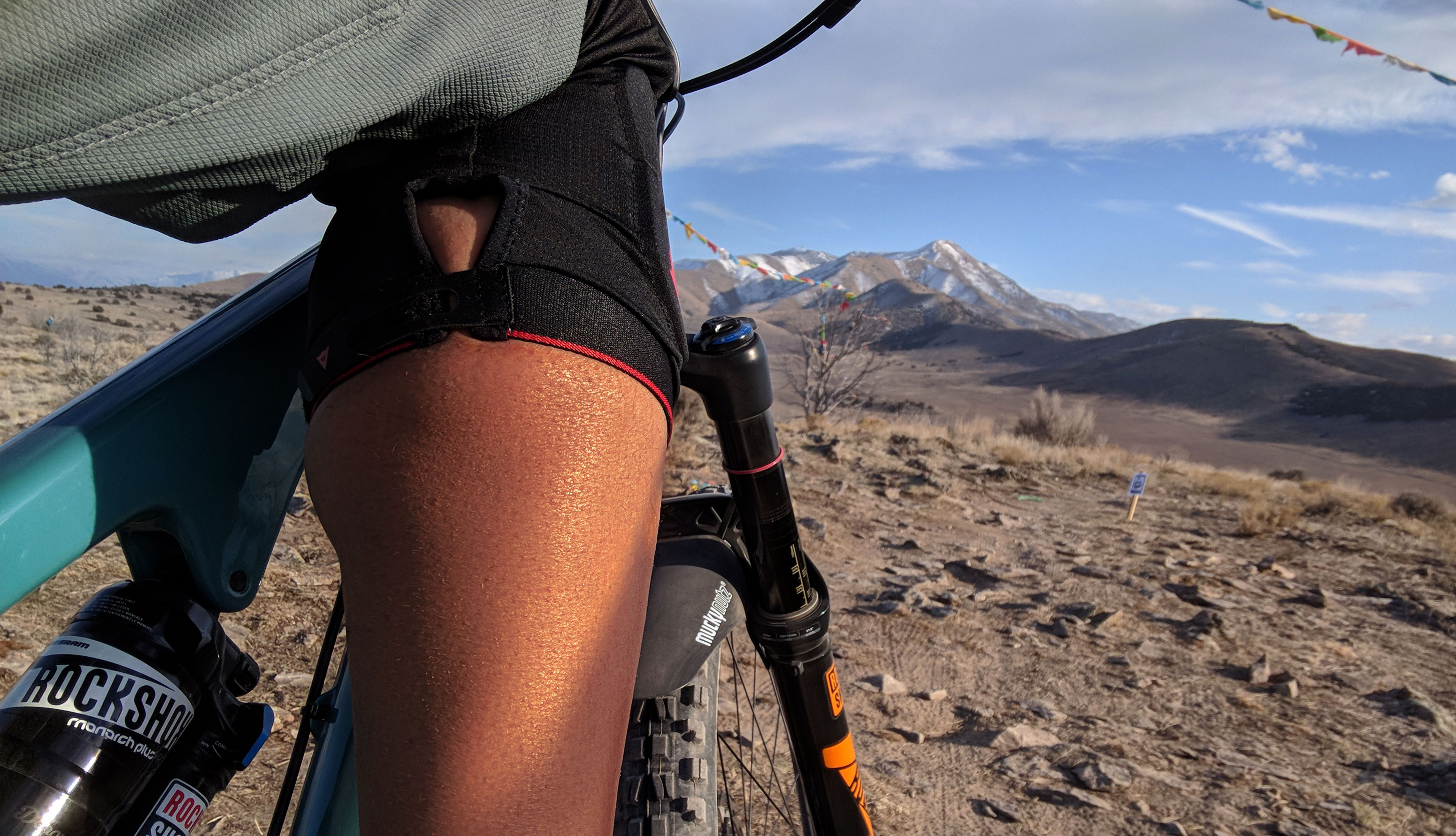 Figuring out if they were left/right specific left me befuddled. The only markings were a DX and an SX. DX stands for destra, which is Italian for “right” and SX stands for sinistra which is Italian for “left.” If that’s too much to remember, you just need to think like an Italian, where aesthetics are the priority, and put the red speed-demon logo facing to the outside.

I was worried that the pre-formed shape of the armor would adversely affect pedaling. And it does. But not so much that it’s a problem. Getting the armor properly situated on your leg is an important factor for pedaling happiness, so while they aren’t the most comfortable pads to pedal in, it’s not that bad. It’s a tradeoff. If my ride includes a massive climb followed by an epic descent, I’m more inclined to put the armor in my pack until it’s time for the go-fast. But if my ride is more flowy with shorter up and down sections, I’m not likely to stop to take armor on or off, nor am I willing to push them down around my ankles. The Dainese’s are comfortable enough to just leave them on.

Do they flow air? Resoundingly; yes! This was the feature that steered me to these over other options and I was elated by how well they actually work. If you live in an arid climate, like I do, the venting actually works to keep you cool, much like a swamp cooler. Sweat accumulates on the skin so as soon as you roll down a slight hill or if your speed comes up after a short climb the airflow has an immediate cooling effect. In fact, they work so well they are too venty to use at temperatures below 65-degrees. Win! 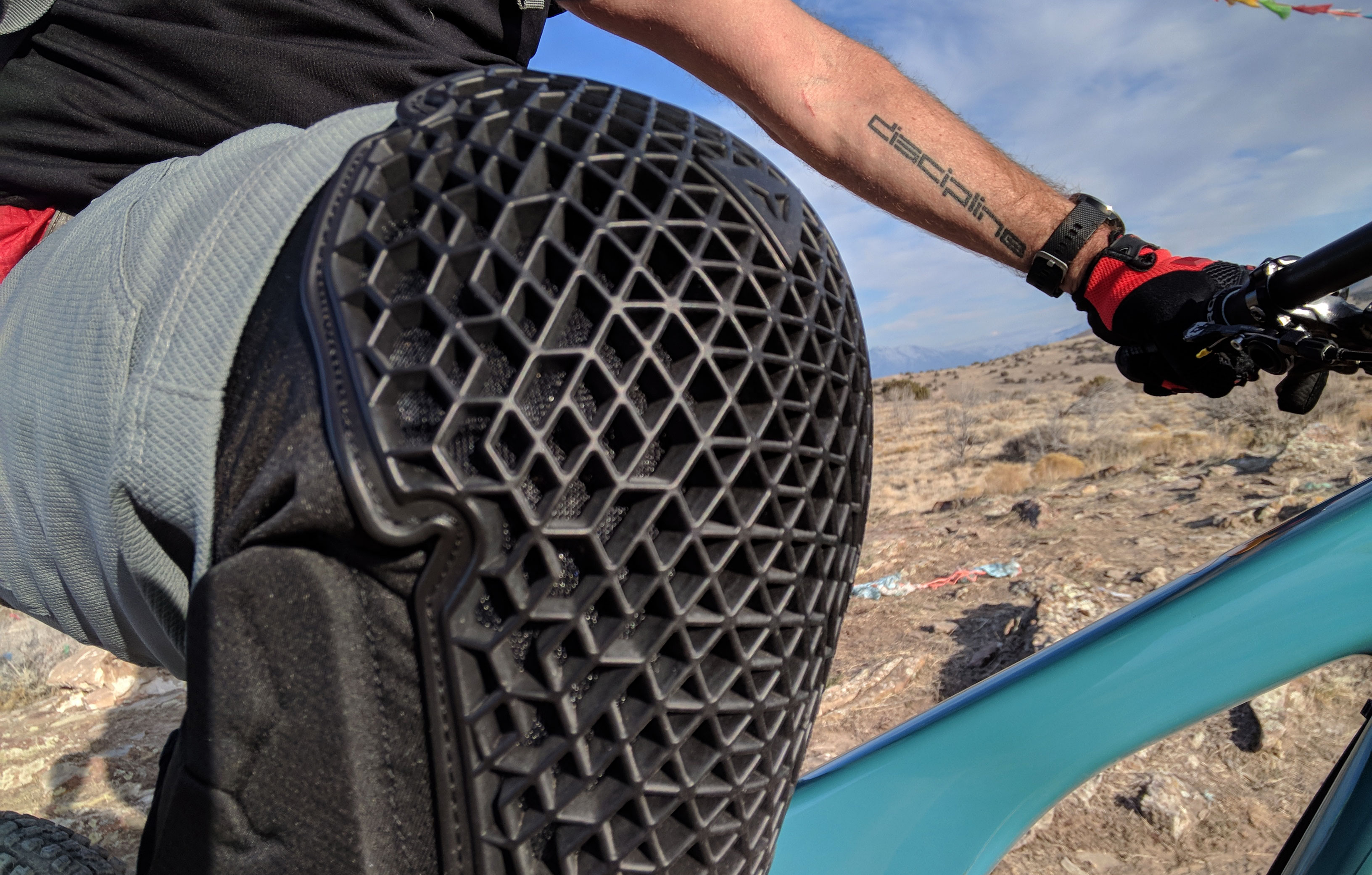 I have taken a few pretty decent falls on the Trail Skins 2 and I have been impressed. One fall was a high-speed superman that left me pretty sore for a day or two afterwards. The knee pads stayed put and my knees were undamaged after the impact, performing exactly as I would hope. Additionally, even though dirt found it’s way into the porous rubber, most of it came out on its own and the rest of it was taken care of after a quick run through the wash on gentle cycle. 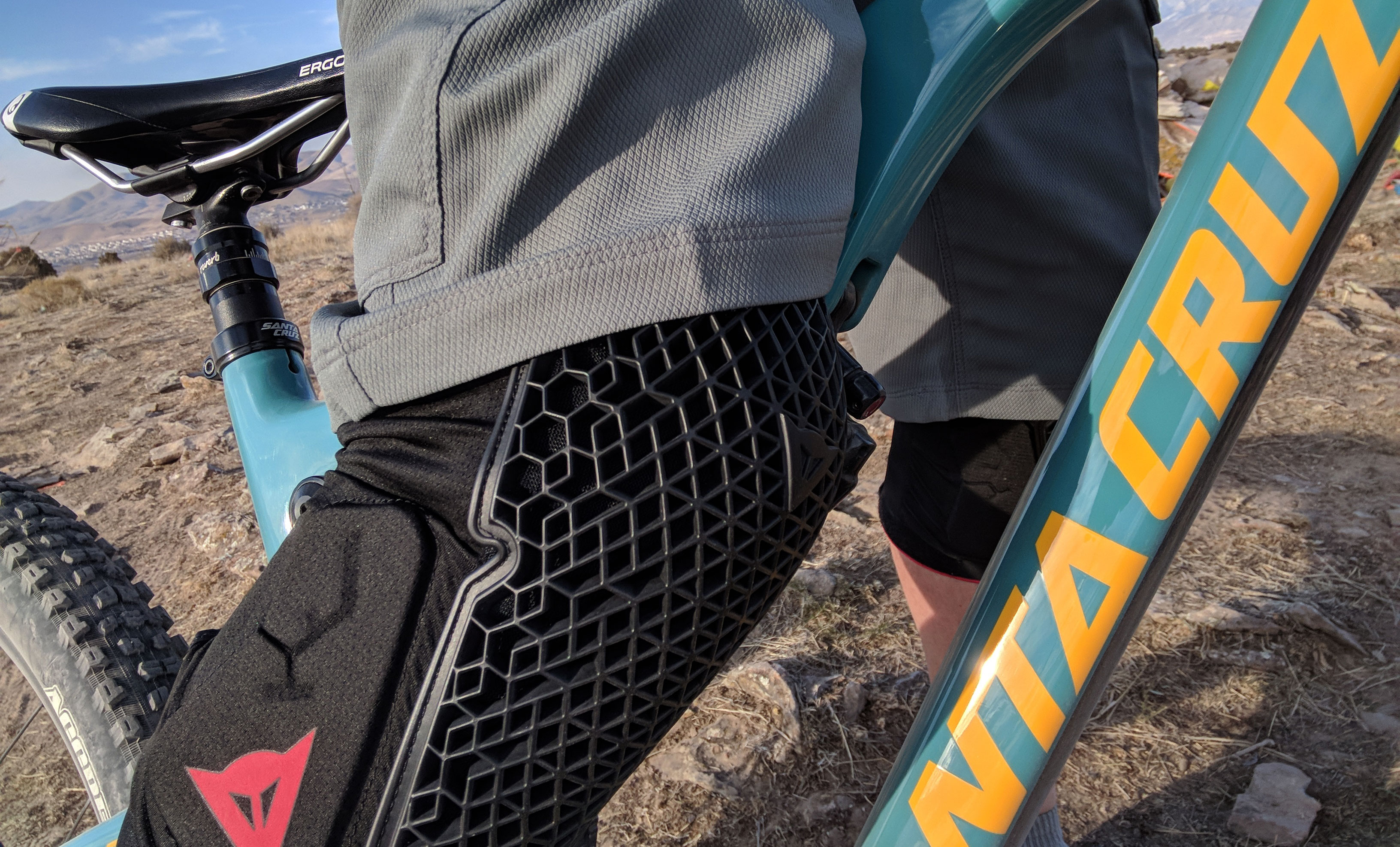 As a bonus, the pads have less robust, memory-foam, armor on the sides. I tend to thwack my knees on my top tube when the riding gets energetic and these little pads do a brilliant job of minimizing the repercussions of using this much body-english on a descent.