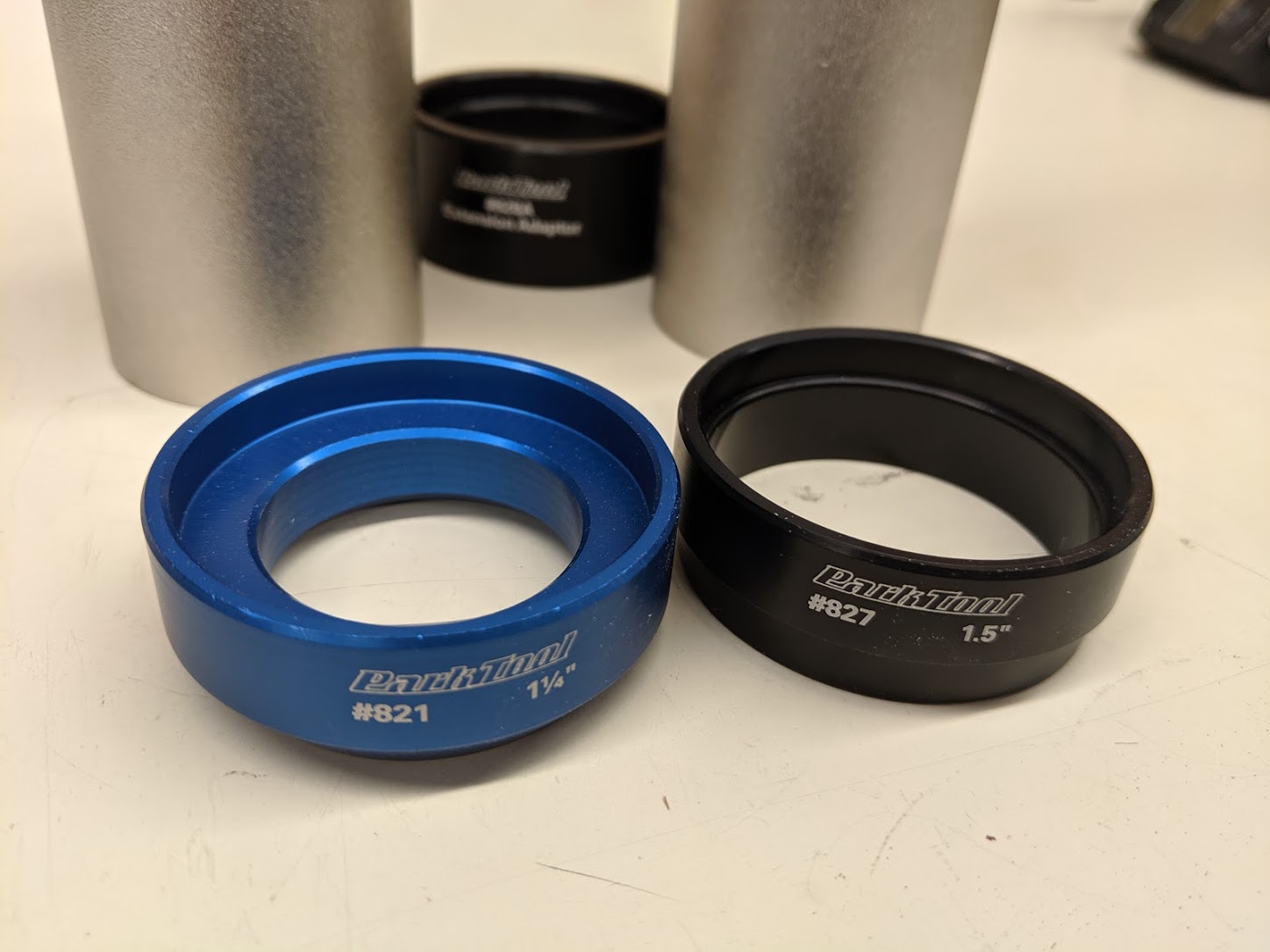 Park Tool makes a tool for everything, but sometimes you wonder if every tool they make is necessary.  One such example is the Crown Race Setting Tool. Effectively, it’s a heavy pipe that you use to set the race onto the crown of a fork.

A quick google search will reveal lots of hacks where people make their own versions of this tool from everything ranging from a plastic PVC pipe fittings to, well, a big metal pipe.  We wanted to know if the $100 Park Tool pipe was worth the investment. I mean, $100 is enough to cause some pause.

When the System arrived, it comes nicely packaged, and in addition to the heavy aluminum pipe, an extension, a collar to connect the extension to the loaded pipe, you get the two race-seating collars all wrapped nicely in cardboard and styrofoam.

In addition to the pipe, you ou get an extension and aluminum coupler to mate the extension with the setting tool. This is so you can set the crowns on super tall-guy bikes.  Not relevant for me or any of my wife’s bikes.

You also get two different race-setting inserts so the tool will work on more than one style of race, 1.25” and 1.5” races. Which is nice, and kinda’ as it should be.

Since the excuse to buy this tool was the need for a new headset, I simply pulled all the pieces out and got to work setting my new race.  This is where specialty tools like this shine. The race-setting insert is perfect. It rests on the lower race with a level of precision that would be hard to match with hardware store pipes, be it metal or otherwise.

Typical to most Park Tool’s – the Crown Race System works flawlessly and makes a somewhat cumbersome project take only a few minutes.  And even though I expected this tool would rarely get used, since installing that first race, I have already installed two more. I had a second lower bearing fail and my buddy needed a new headset as well. The tool is already proving its value and that it will be used.

But… It’s $100.  My biggest gripe is that there is no convenient case that holds all the pieces together, so right off the bat, I had to think of a way to store these five pieces in a way that would ensure that I A) wouldn’t lose anything and B) be able to remember that all these pieces are associated with each other.

Secondly, it’s $100.  How much R&D really goes into one of these? It’s a pipe with a solid heavy end and couple aluminum collars of specific sizes.  I can’t imagine Park Tool is into one of these for more than $20. So, $100 seems pretty ridiculous. This tool really shouldn’t cost much more than $40-$50 tops.  And if they do want to charge as much as possible, at least include a small case that keeps things together.

In conclusion. This is a typical Park Tool. It’s outstanding.  But it’s also way overpriced for what it is. I’m glad I have it and I will use it for years and years to come, but it’s hard to recommend anyone buy one of these unless you work on a lot of bikes.  This is one of those tools where, for the vast majority of us, it’ll be far cheaper in the long run, to just bring your fork and headset to your local bike shop and pay them a few bucks to set your lower race.